This is a collection of historical documents that may be helpful to those who are interested in Kennamer family history. The documents shown on this page are either in the public domain or are property of their respective copyright holders, and used by permission. Please notify the webmaster if any of the items here belong to you and have been posted without permission.

If you have documents that you are willing to share with others, please email them in PDF format to the webmaster.

History of Jackson County by John Robert Kennamer (1935)
(May be viewed in three sections, as indicated below.)
General Remarks on the Origin of Surnames (See page 31 for a list of Mary of London passengers).
Miscellaneous Documents
Land Patent of Levi Kennamer (1831)
Obituary of Franklin Brownlow Kennamer
Death Certificate of Franklin Brownlow Kennamer
Obituary of Kenneth Arnold Kennamer
Roll Book of 1938-2005 Kennamer Family Reunion (compliments of Kennamer.com)

Jackson County Documents
Jackson County, Alabama has a Google Drive page of historical maps and documents. To view them, go to this page http://www.jacksoncountyrevenue.com/links/ and click on Historical Maps.

Other Documents Related to Surnames Other Than Kennamer
Zerah Sparks and His Known Descendants of SC, GA, & AL by Paul E. Sparks

From an item in the Grapevine Sun dated August 29, 1896, states "Prof. P. D. Kennamer of Arlington has been employed as Principal of the Public Schools here". The site was west of where the Methodist Church now stands. According to the book, the school house was a two story white frame structure that faced east. The book also reports a tragedy that occurred on the playground, though no date is reported:

A tragedy occurred on the play ground of the school when two boys, Will Foster and Tebe Gregory were playing Mumblety Peg with knives, and the Foster boy's knife accidentally hit the Gregory boy, and he bled to death before help could be gotten. 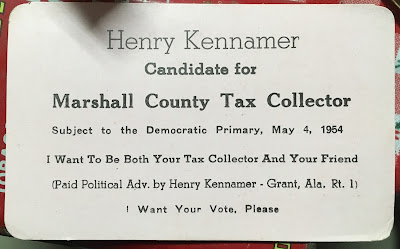 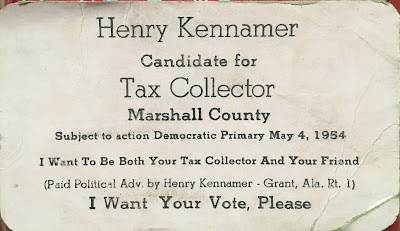 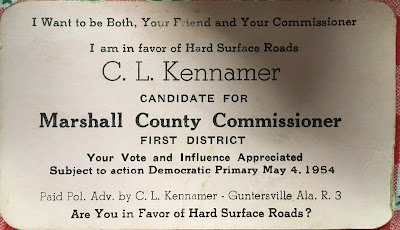 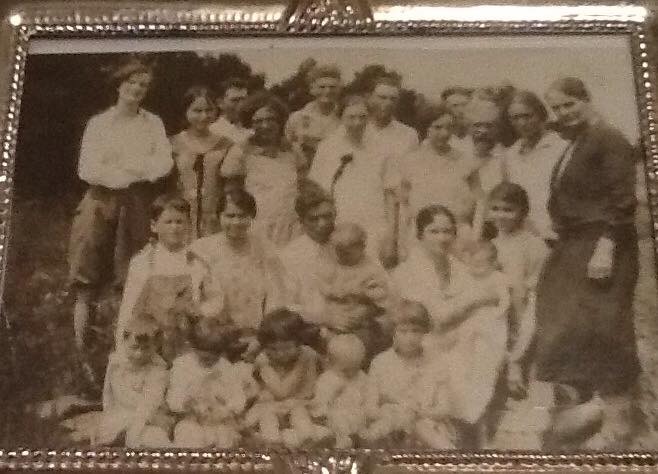